MEMORIES OF HAUT-LAC GRADUATIONS OVER THE YEARS

MEMORIES OF HAUT-LAC GRADUATIONS OVER THE YEARS 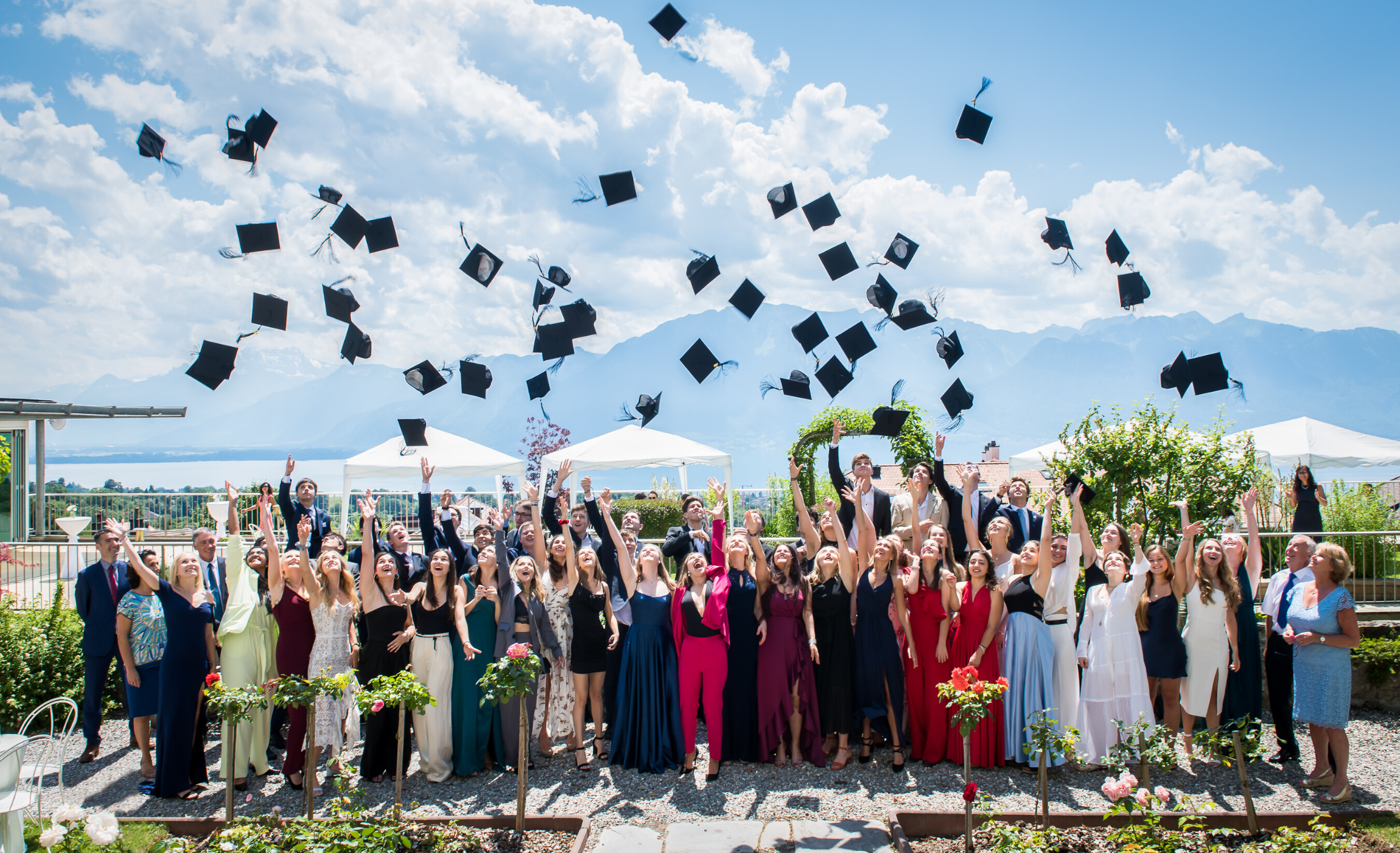 The Graduation of the DP2 class at Haut-Lac, formally known as the School Leaving Ceremony, fittingly celebrates the students’ transition to an independent life, where decisions about studies and careers become a matter of personal choice.

As the student cohort grew from 8 in 2006 to 40+ over the next ten years, the event originally hosted at the secondary campus in Roches Grises was moved to the Sports Hall at the Praz-Dagoud campus from 2016.  Initially, there were prominent invited speakers from the world of politics, corporates and the United Nations. Later on, Haut-Lac alumni took to the guest speaker podium, at first rather hesitant undergraduates and, more recently, successful postgraduates from prestigious universities around the world, as well as budding professionals and young entrepreneurs, inspiring models for their younger peers. 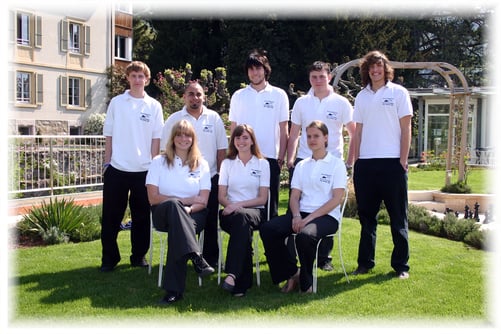 Whilst the gatherings were small, families met up again in the evening for dinner at the Grand Hôtel du Lac (Vevey) or the Montreux Palace.  But the crowds grew larger and so everyone was invited to stay and enjoy the beautiful grounds of the Roches Grises campus which had become so meaningful to the students over the years.  With one or two damp exceptions, most guests will remember glorious blue skies, scudding white clouds and soaring temperatures providing a breathtaking backdrop for the iconic photo of the happy “Class of….” throwing their black caps in the air. The caterer and his team had their work cut out providing finger-food and champagne for over 350 participants at a time!

Weeks of behind-the-scenes work pave the way for a successful event, and a flurry of activity in the last few hours ensures everything runs smoothly on the day.  The maintenance team have to figure out a new configuration of chairs and stage each year to match the numbers expected. On the operational side, food, drink and flowers are ordered, and cleaning teams and security personnel organised.  Invitations, programmes and certificates are printed, keynote speeches prepared, leaving gifts selected, and parents kept informed.  The students themselves repeatedly practice their “processional” and “recessional”, whilst the choir and the band hone their final performances, and the IT team test the equipment for the live transmission of the ceremony to those who cannot attend.

But it is, of course, the students themselves that create the festive atmosphere.  At Haut-Lac, every one of them is given the opportunity to speak, a tradition maintained from the start, even as the ceremony lengthened because of it.  There are plenty of smiles and quite a few tears, too, as they thank their teachers, wish their friends well, and reminisce.  Whether they have attended for a year or two, or for longer than they can remember, it is the friendships formed, the life lessons learned and the opportunities opened up to them that they highlight in their short discourses:

“Haut-Lac hasn’t just been about learning history and algebra…it’s been about the memories I created here as I grew up.”

A Covid-19 Restricted and Compliant Graduation

The School Leaving Ceremony of the Class of 2020 was one of a kind. The Covid19 pandemic ended their schooling abruptly one unlucky Friday when a nation-wide lockdown was announced on 13 March. They were left anxiously revising for exams which were eventually cancelled.  Then they began to worry about their university applications, and were thankful when the IB organisation and the universities proposed a viable solution. And, as the prolonged lockdown began to ease, they wondered whether the Class of 2020 might get together one more time rather than having a virtual graduation. 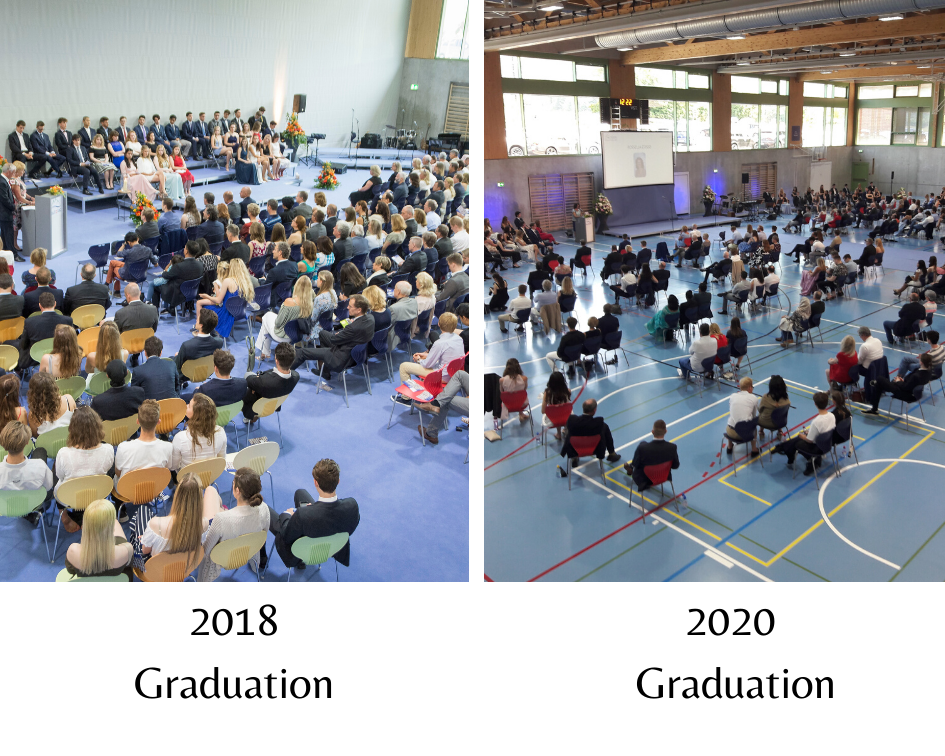 When the news came in early June that up to 300 people could attend an event with suitable precautions, the organising committee got to work straight away. Preparations for the largest Haut-Lac graduation ever began, with the biggest number of students (48) and the greatest space occupied.  Not only was student seating spread out, but the parents and siblings attending were arranged in family groups dotted throughout the 27x45m Sports Hall.  There were distancing rules, separate entrances and exits, hand sanitizer stations, and optional masks. Microphones were repeatedly disinfected and programmes and certificates not distributed until later.  At Roches Grises afterwards, the drinks were served from behind Plexiglas and the tasty cocktail snacks prepared on individually named platters delivered to separate family tables.

And so, in a fitting end to a most unusual school year for the patient and resilient Class of 2020, the academic caps were thrown in the air once again. The genuine emotion, relief and joy at being able to come together in person and say goodbye to each other was encapsulated in the closing words of one of the new Haut-Lac alumni, “I like to think of the Haut-Lac spirit as a little Olympic flame that burns in every one of us here today, representing the friendship, respect and excellence that is taught at this school from a very young age. That flame will continue to burn through all the continents, all the new experiences, and new friends and new lives that will shape our future.” 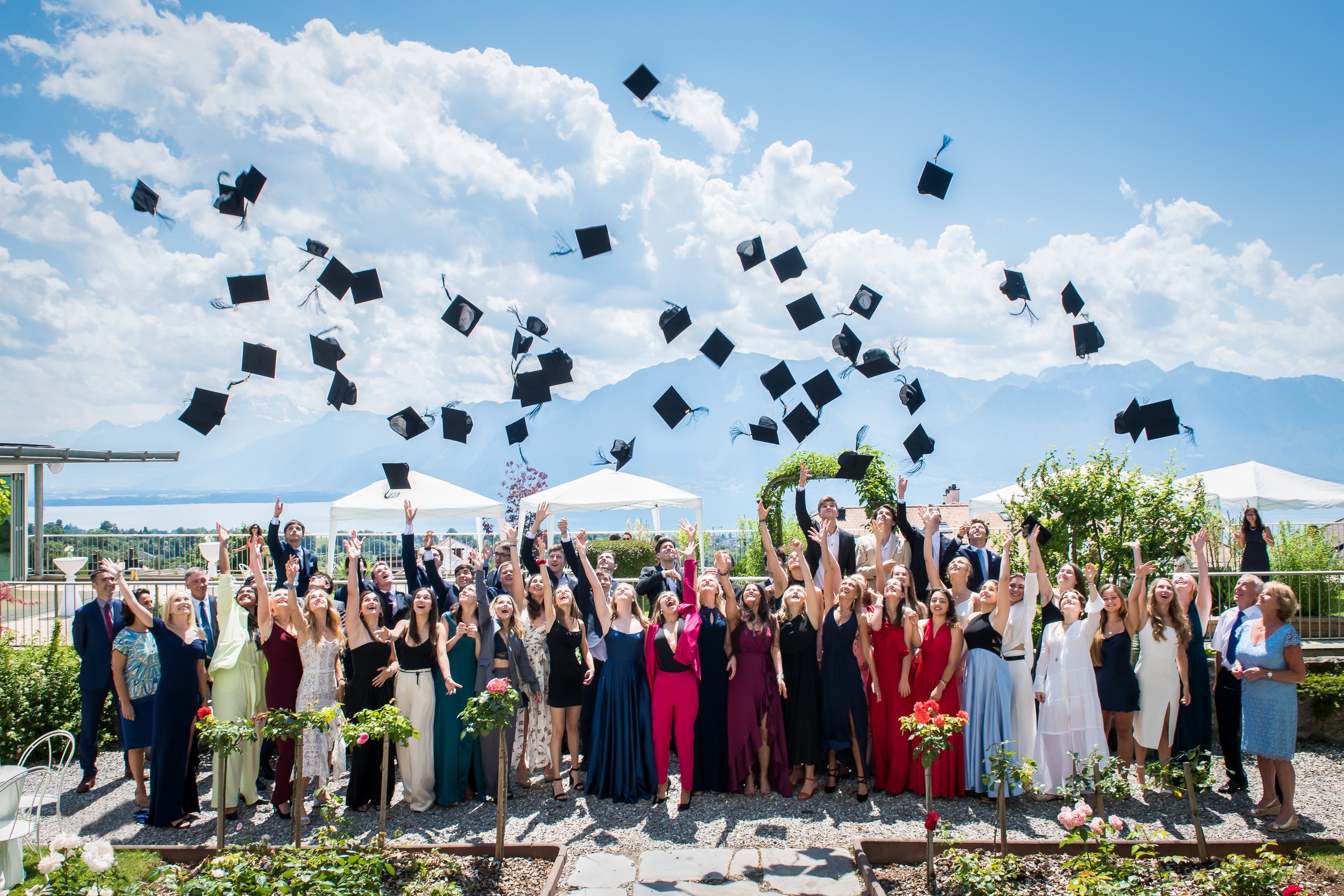